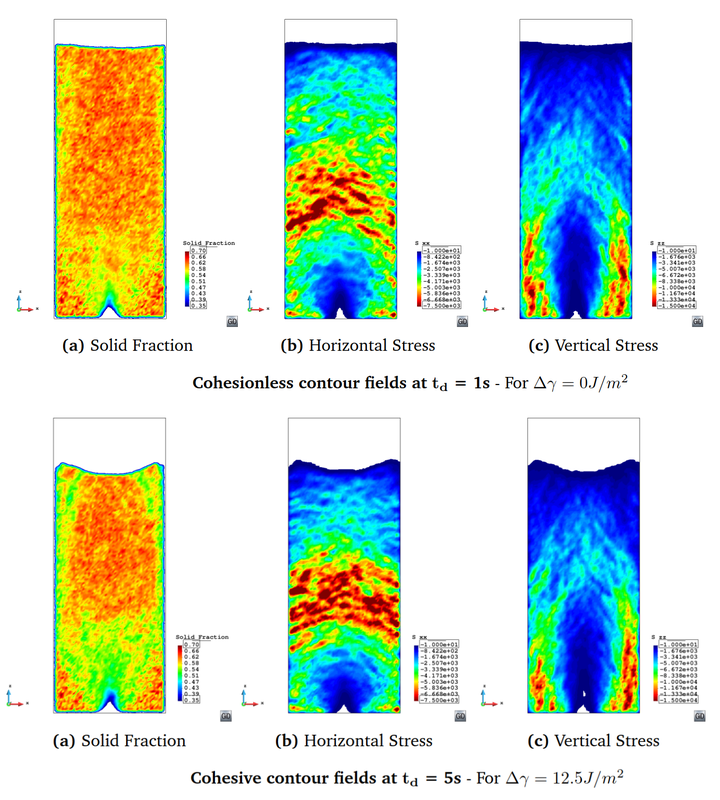 Across industry the majority of raw materials handled are particulate in nature, ranging in size and properties from aggregates to powders. The stress regimes experienced by the granular solids vary and the exhibited bulk behaviours can be complex and unexpected. The prevalence of granular solids makes them an area of interest for industry and researchers alike as many challenges still remain, such as dealing with complex cohesive behaviour in materials, which often gives rise to handling difficulties. The cohesive strength of a bulk material depends on the consolidation stress it has experienced. As a result, the stress history in the material leading up to a handling scenario needs to be considered when evaluating its handling behaviour.

Storage and transportation are an important part of the process chain for industries where particulate solids are commonplace. Failure to properly account for the cohesive nature of a particulate solid can be costly as it can easily lead to blockages in a silo such as ratholing or arching near the outlet during discharge.

Cohesive granular solids such as powders can have a very loose, highly porous structure under very low stresses. While it is possible to generate similar initial packing structures in a DEM simulation, it is not feasible to attempt to match all stress states. In this study, stress states larger than 5-10 kPa are of interest and as such all packing structures will aim to match the experimental results from this stress level.

The main aim of the research is to develop an improved contact model to better capture the behaviour of cohesive granular solids, particularly iron ore fines, which are significantly affected by the presence of moisture. In order for numerical simulations to be successfully used for more efficient design and management of industrial equipment and structures, the transition from qualitative to quantitative prediction needs to be made.

In this study a mesoscopic adhesive contact model that accounts for contact plasticity and stress history dependency in the bulk solid, the Edinburgh Elasto-Plastic Adhesion (EEPA) mode, has been presented and mathematically verified. A parametric study of the DEM contact model parameters was conducted to gain a deeper understating of the effect of input parameters on the simulated cohesive bulk behaviour.

Investigations into the failure mode predicted by the DEM simulations show that the samples are failing from the development of shear planes similar to those observed experimentally.

To help achieve this a secondary aim is to rigorously characterise the properties of the material that are required for calibration of a numerical model. A study of the effect of the parameters of the adhesive contact model is also carried out. In this study a particular focus is paid to the two types of iron ore fines: KPBO and KPRS, with the purpose of characterising the different materials types and assessing the distinct behaviour exhibited by the different fines.

A comprehensive study on the effect of cohesion arising from the addition of moisture on the behaviour of two types of LKAB iron ore fines (KPBO and KPRS) has been carried out using a uniaxial tester, the Edinburgh Powder Tester (EPT).

The addition of moisture to the sample has been found to have a significant effect on both kinds of fines. KPRS fines were found to have a much higher unconfined strength and flow function at higher moisture contents, and also show a greater increase in cohesion with the addition of moisture, while at moisture contents of less than 2% the KPBO fines demonstrate higher unconfined yield strength. The KPBO fines were also found to achieve a significantly looser initial packing at much lower moisture content when compared to the KPRS fines. The lateral pressure ratio has also been evaluated. 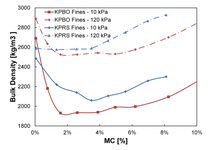 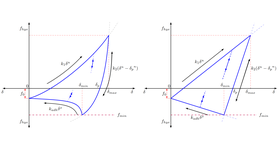 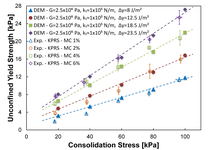 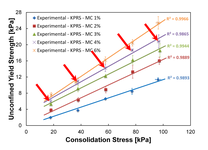 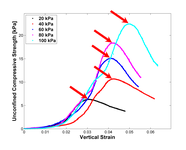 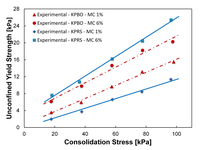 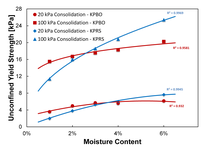 Powders and bulk solids are stored and handled in large quantities in many industries. The materials can differ greatly in size, shape … 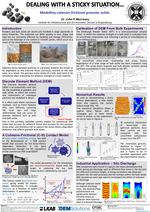 A DEM study of silo discharge of a cohesive solid
Bulk handling of powders and granular solids is common in many industries and often gives rise to handling difficulties especially when the material exhibits complex cohesive behaviour. For example, high storage stresses in a silo can lead to high cohesive strength of the stored solid, which may in turn cause blockages such as ratholing or arching near the outlet during discharge.
John P. Morrissey, Jin Y. Ooi, Jian-Fei Chen
Cite PDF Project
Experimental and discrete element modelling of cohesive iron ore fines

In this study, the behaviour of iron ore fines with varying levels of adhesion was investigated using a confined compression test and a … 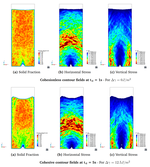