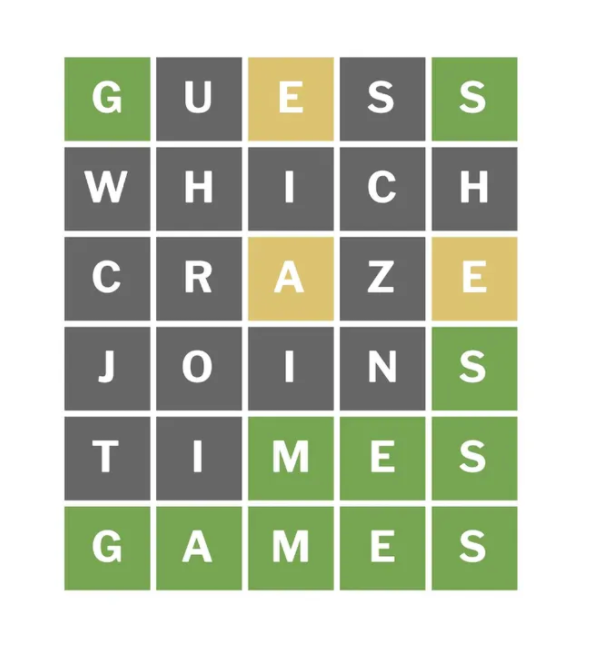 SPOILER ALERT: Today’s Wordle solution is shown at the bottom of the page!

Lots of people have been complaining that Wordle has become much harder since the NY Times purchased the games and took control. But it is a random list of words so you would expect easy and hard words every so often. And while they have made some minor changes in the name of political correctness by removing possible “offensive” words, wholesale changes this quickly are unlikely.

Or so I thought.

While having a go at the daily puzzler over breakfast this morning I picked up my laptop (which I rarely use to play the game) as I was also checking some work stuff. As it turned out out I still had the page open from the last time I played on my laptop and it was pointed at the original URL - powerlanguage.co.uk/wordle/ rather than the new NY Times address of nytimes.com/games/wordle/index.html. I started my game without much thought and struggled to make it in 6.

Later while discussing today’s word with my other half it soon became clear that we had solved different words!! What is going on?!

So it seems that the NY Times have changed Wordle already, and maybe they have added back in some of the 10,000 or so other possible 5 letter words that weren’t on the original Wordle list, hence the feeling it is now more difficult as there are more obscure or less familiar words being used?

Anyway, here are the screenshots from a device where I had the old one still open in a chrome tab and was able to verify this. Let me know in the comments if you have also noticed something similar.

Also, have you noticed the new logo? I’m not sure about this new serif, sentence case font. Maybe I just don’t like changes…