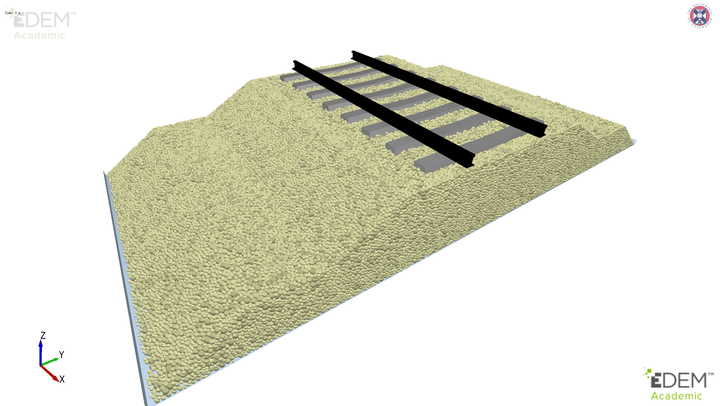 In recent decades high speed rail has seen rapid growth around the world, particularly with 1#tens of thousands of kilometres of new track being built. In the UK HS2, the first new line in almost a century, is being built for high speed rail. In many cases High Speed Rail (HSR) utilises embankments that are of the ballasted type – this is particularly true in the case of mixed use track. DEM is ideally suited to use to study the ballasted railway infrastructure considering the naturally discrete inhomogeneous structure.

This project is being carried out in collaboration with Zhejiang University funded by the Royal Newton Fund.

The research is focused on quantifying the effect of particle shape, size and packing structure on the stress distribution and deformation patterns that develop in the ballast-track system and providing scientific insights into the ballasted tracks deformation modes. It will explore the interplay between inter-particle contact friction and geometric interaction due to ballast interlocking in producing the complex dynamic responses observed in trackbed.

Full-scale experiments will be carried out on Zhejiang University Physical Model (ZJU-iHSRT), a full scale reconstruction of a ballasted railtrack that can apply loads from various train types and speeds up to 360 km/h. 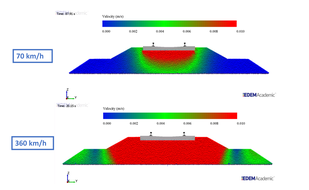 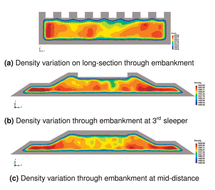 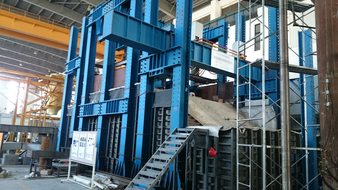 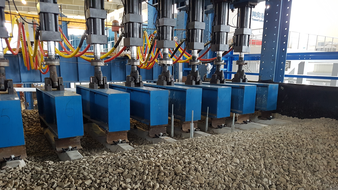